How the Governments Deal with Haze Problems

The governments of Singapore, Malaysia and Indonesia have agreed to institute a trilateral union. The union is part of the effort of the three countries to discuss the haze condition and its solution. If you might recall, Indonesia didn’t sign the Transboundary Haze Pollution. Singapore is hoping that Indonesia will reconsider its signing and ratification. The president of Indonesia was very keen on apologizing to Malaysia and Singapore for the haze problem and he promised to tackle this problem with his ministers. 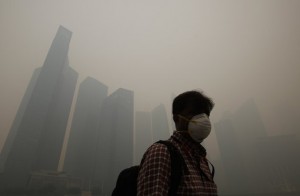 What are the efforts of Singapore’s government to tackle this serious problem? Here is a look:

The burden of minimizing the haze and its emission does not only fall to Singapore. Other neighbouring countries should also tackle the problems and do their best to implement long term solutions.

Singapore implemented actions against haze but reviews and possible changes should take place. The continuous reviews and changes can make a big difference at the end of the day.

Diplomacy is an important conduct when you are dealing with other foreign countries. Diplomacy also means maintaining friendly relationships. When sorting things out, each country involved should approach it constructively to avoid misunderstanding and rift.

Indeed the way the world works is confusing and complex. There are many things to be considered before making a decision especially if it involves other governments or countries. If it is a foreign policy, it should be discussed appropriately and seriously. The government is doing its best not to put pressure on other countries because it might create tensions at the end of the day. The haze problems are thoroughly discussed and possible solutions are drafted.